A money broking license offered by the LFSA (Labuan Financial Services) Malaysia, is fast becoming a sought after license in the Asian region. LFSA, which is an offshore financial regulatory authority for Malaysia, has been in operation since 1996. The region includes over 6500 offshore companies and more than 300 licensed financial institutions including some of the world’s leading banks.

The Labuan International Business & Financial Center (IBFC) was formed with the aim to make Malaysia a major destination for offshore investments, but the region has not been able to garner the attention and investments that Singapore and Hong Kong have achieved. Over the past two decades, the Malaysian government’s focus has been more on making Malaysia a prime tourist destination, which resulted in over 27 million tourists visiting Malaysia, generating revenue of over 72 billion ringgit. In spite of being on the forefront of development for Islamic banking along with a strong, comprehensive and robust business driven regulatory regime, Malaysia’s offshore region kept a low key till the financial crisis in 2008. Since then, the Malaysian authorities realized the importance of making Malaysia a financial hub for Asian investments and ramped up the financial services sector offerings to global standards.

Despite the challenging global economic environment, the Labuan IBFC has recorded healthy growth over the past few years, and the island has quickly grown into a major conduit for Foreign Direct Investment into a number of local countries, particularly the Asian countries.

The money broking license offered by LFSA Malaysia is quite unique in many ways as it is the only license in Asia which authorizes an STP-only business model. The brokers are only allowed to do a matched-order business and are not allowed to be the ‘counterparty’ to any trades.

Mr. Kumar, CEO of a leading license processing firm in Malaysia, said “the capital requirement and the due diligence requirement of LFSA are in line with onshore license requirements of major regulatory bodies across the globe. These strict guidelines and requirements have attracted only capable and serious brokers for a money broking license through LFSA. The cost of running a brokerage firm in offshore Malaysia is 1/3rd as compared to any other international regulatory region. As compared to 2014, the money broking license applications have tripled so far in 2015, the majority of the applications coming from Asian region”.

The jurisdiction, supervised by the Labuan Offshore Financial Services Authority, offers benefits such as 3% tax on net audited results or a flat rate of Malaysian Ringgit (MYR) 20,000 (i.e. about $4,740 USD) to trading companies, low operational costs, liberal exchange controls, and a host of other advantages including readily available, experienced and professional service providers.

At a time when European brokers are increasingly depending on Asian clients to maximize their revenue, the LFSA’s money broking license will offer them an ideal launchpad for their Asian business. Having a marketing office in Kuala Lumpur is strategically advantageous to the brokers as the time zone allows them to target the Far East, Asia and the Middle East regions effectively during their business day.

One of the major advantages of LFSA’s Money Broking license is that the TAT (turn-around-Time) to process an application is around 2 months, which is among the fastest TAT across the globe.The regulated brokers have a choice to open banking relationships with a wide selection of international and local banks. Malaysia also offers an abundance of available international sales and support staff. Strategically located in the heart of Asia Pacific, LFSA is well positioned to tap in to one of the fastest growing regions in the world, presenting an ideal opportunity for brokers seeking to connect with Asia’s trading community.

We at Advanced Markets are closely following the developments in the LFSA as we have started providing liquidity to LFSA regulated brokers. The fact that the LFSA provides only STP business model blends well with Advanced Market’s matched-principle business. Our superior prime-broking relations enable us to provide ultra-high speed execution with deep liquidity to high volume brokers. We have seen a big jump in enquiries from LFSA regulated brokers in 2015 and we intend to establish ourselves as a major prime-of-prime liquidity provider for those firms.

Due to the overwhelming number of enquiries, Advanced Markets is now offering the Start Your Own Brokerage package for brokers willing to establish an LFSA regulated firm.

If you have questions or comments regarding this topic, please contact us - We are always happy to help you!

For more information on LFSA’s Money Broking license and the Start Your Own Brokerage offering, please complete the form: 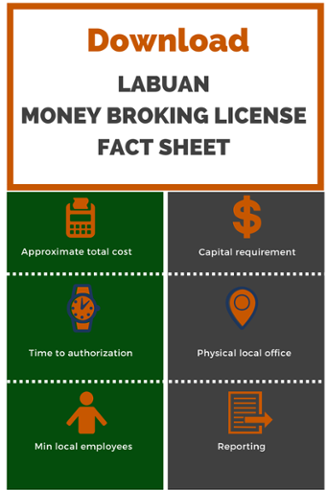